BNP Paribas and SocGen are the top investment banks in France, again 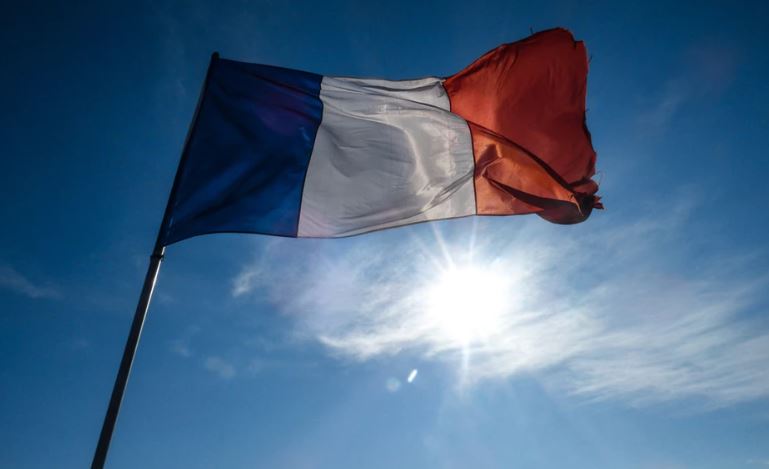 If you want to work for a leading investment bank in France you will once again have to choose between BNP Paribas and Société Générale. The two banks rose to the top of the French investment banking league table in the first three months of 2020 according to Dealogic, displacing Credit Agricole CIB, which was second last year.

The overall French investment banking league table for the first quarter, including combined fees from equity capital markets, debt capital markets and M&A work, is shown in the chart below. French banks lead the pack. The best ranked U.S. bank across the board is Morgan Stanley. Bank of America, which operates a major office in Paris, doesn't feature. 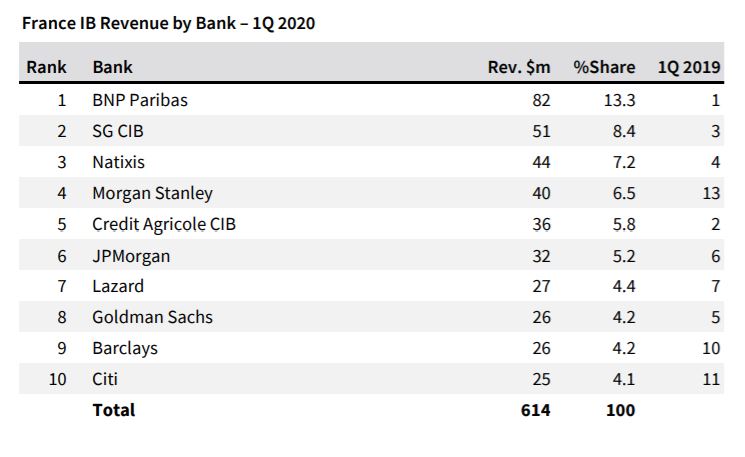 Morgan Stanley owed its first quarter success in France to M&A, where it ranked first ahead of Lazard, BNP Paribas and Rothschild. By comparison, SocGen barely features on the ranking for M&A advice. 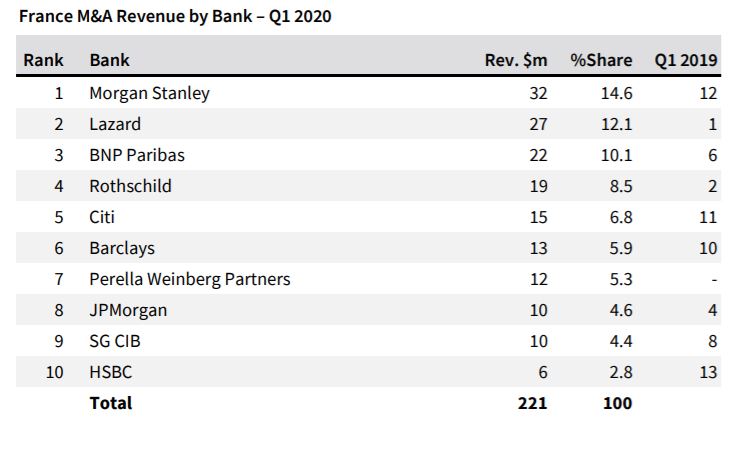