UBS traders' bonus hopes may be disappointed in 2020 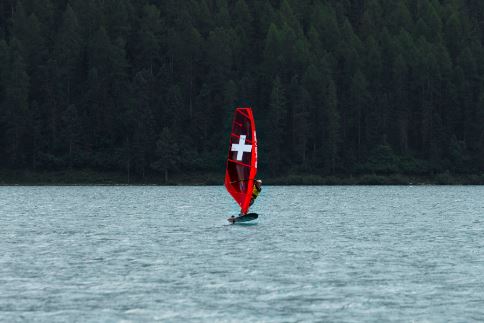 Any traders who thought 2020's bountiful first half would feed through to their personal bank accounts in the form of a dramatically increased bonus at year end, may want to take a long look at UBS's second quarter results, which are out today. Profits in UBS's investment bank were up 108% year-on-year in the first half of 2020 versus 2019. However, there's very little indication that this will feed through to employees' wallets.

The performance of UBS's investment bank compared (where possible) to the U.S. investment banks that reported last week is shown in the charts below. UBS's M&A bankers underperformed U.S. rivals in the first six months of this year. So too did its equities salespeople and traders. However, its fixed income division (which is admittedly tiny compared to the rest) far outperformed U.S. rivals in terms of first half growth.

The strong performance of UBS's fixed income trading business, where revenues were up 108% year-on-year in the six months to June, didn't escape analysts' attention. During today's investor call, UBS CEO Sergio Ermotti was asked how it was that fixed income revenues increased so dramatically given that the business has supposedly been derisked and is focused mostly on FX trading. Ermotti said the increase was due to market-making rather than risk taking and that this was facilitated by UBS's historic investments in technology.

This may help explain why UBS's fixed income windfall doesn't appear to be feeding through to traders' pockets. Revenues in fixed income trading were up $900m in the first half of 2020; in the good old days around 45% of this ($405m) would go to traders for their pains. UBS no longer breaks out pay in its investment bank, but in the first half overall costs in the investment bank were up by only $194m. Therefore, even allowing for cost cutting elsewhere in the business, it doesn't look like fixed income traders will receive a pay rise by any means proportionate to their increase in revenues. It won't help that people in the 'global banking' division, which includes solutions and financing professionals might also expect a pay rise after their revenues rose 38% and 43% in the past six months.

This might be as it should be: the first half was an anomaly and trading success is no more a question of systems than individual skill. However, traders may beg to differ - particularly as Goldman Sachs has hiked average compensation per head by 24% so far this year.

While UBS appears to be keeping a lid on compensation costs, bumper revenues in the first half are feeding through to shareholders and the bottom line. Profits in the investment bank were also up 108% in the first half. The return on attributed equity in the unit went from 10.3% in the first half of 2019 to 21% in 2020.

Photo by asoggetti on Unsplash